A Comprehensive Guide to Better Layer (Egg) Production and Management

LAYER birds are birds raised for the purpose of egg production, at their early stage ,they are being refer to as pullet, and at their old age, they are referred to as old/spent layers.

They have many advantages to other poult, as they are considered to be profitable. Here is the comprehensive guide to better LAYER production and management.

Indices for Evaluating the Performance of the Layer:

The age at point of lay (POL) is between 18-20weeks of age depending on the breed. Light breeds begin to lay first. The end of lay (EOL) is a year or two after point of lay. However, layers are culled after one year in lay i.e. at 12 months of age. When egg production starts, it reaches a peak (about 80%) at about 42 weeks of age. This marks the end of the first phase of the pullet year laying cycle and the start of the second phase (43-62 weeks of age) during which there is a gradual fall in production to about 65%.

After this, the pullet enters into the third phase of its first year in lay which is up to 72 weeks. This phase terminates in the moulting of the fowl. Egg production becomes practically nil.

Factors Affecting the Performance of the Layer

Layers, like chicks and growers are taken care of by applying some routine operations daily and by performing some specific operations as the need for them arise. Layers are raised in the laying house which should have been stopping de-wormed at least 3 weeks before transfer, before released eggs would reach the effective stage and cause re- infection. The birds should also be deloused only a few days to their transfer. Crates are needed to move the birds during the coolest part of the day and this should involve two or three persons. The birds should not be handled roughly. When deep litter is used, well made nests of the correct number should be fix.

These operations help to avert situations that may lower the performance of the birds.

The wood shaving should be raked with the droppings to keep it dry and free from flies. Incidences of wet litter occur and may be due to management errors like including too much salt in feed (this has a laxative effect), water spillage, over filled water troughs/tanks and seepage of underground water.

It is considered necessary to force-moult when replacement birds are not readily available, if the flock shows a decline in haugh unit to 72 and shell thickness to 0.3mm, if there is a premium for extra large eggs and there is prices of egg are good.

Resistance to thermal stress can be developed. A bird exposed to a warm climate for a certain period has its thermo-regulatory mechanism altered. Because of reduced feed intake of the fowl under thermal stress, the bird then consumes less nutrients to support satisfactory levels of production. Thus, a part of heat stress management will be to increase the dietary nutrients density. Dietary energy should be so increased as to cause fatness which aggravates heat stress in layers. Some drugs help to induce resistance to heat stress. Physical measures to combat heat stress include a continuous supply of cool water to the birds. 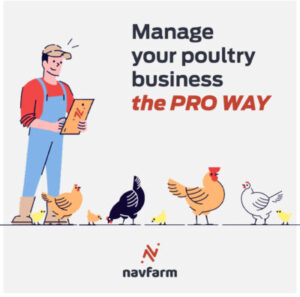